There are four main types of mechanical engineering robotic arm rectangular, cylindrical, spherical and jointed spherical. robots with rectangular arm use Cartesian coordinates and move linearly along each of the XY and z axes. 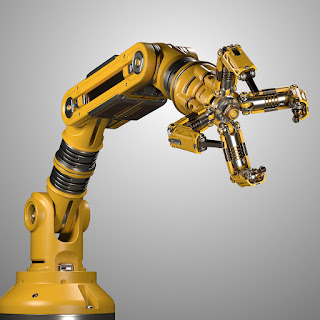 his type of movement is also called 3p geometry .where the P stands for prismatic or linear motion. this type of geometry is most commonly used with pick-and-place or large overhead mounted robots rectangular arm geometry robot scan only move linearly in each direction an overhead crane robot is a good example of this type of motion move forward and backward left and right and up and down robotic arms.

That use Cartesian coordinate arm robotic geometry generate a rectangular work envelope rectangular .robotic arms have the simplest geometry and control system and are typically used in material handling operations cylindrical arm geometry robots move linearly in two directions and rotate in one other. since this type of robotic arm moves in two separate prismatic or linear directions and rotates in one direction it's given the designation ofr2pwhere the R stands for rotational. 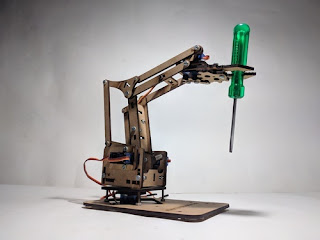 robots have a cylindrical work envelope the advantages of this type of work envelope is a robotic arm reach that is deep at both the top and bottom of the stroke additionally the robot structure allows for quick movements with high repeatability a smaller use of floor space and a larger payload capacity due to structural rigidity spiracle arm geometry robots can rotate in two directions and move linearly in one and thus are given the designation of two RP the robot has base rotation shoulder rotation and prismatic or linear motion at the arm of this type of robotic.

Wireless Robotic-arm geometry robots have a mostly spherical work envelop at their outer reach but are limited by the linear reach of the arm and the rotation of the shoulder joint the shape of the robots. inner work envelope is almost conical and does not become a sphere until the arm extends spiracle arm geometry robots typically have a very long reach and have proven their performance in industrial applications.

their high-cost large use of floor space and lack of flexibility compared to jointed spherical arm robots make it hard to justify in most industrial applications jointed spherical arm geometry robots have a rotation in three directions use revolute coordinates and are given the designation of 3r. they are one of the most popular types of robotic arms and most accurately mimic the movement of the human arm robotic arms with joint spherical or articulated.

the envelope is a robotic arm with very deep reach minimal floor space use and high positioning mobility of the tool end arm due to its mechanical complexity and the complexity of its controller this robotic arm typically comes with a higher hardware cost and requires skilled technicians.

You can safe your pets from coronavirus COVID 19 and extra healthy tips for your pets Here we all know what is the biggest problem ...